As a foreign service intern with the US State Department several years ago, I was like a kid in a candy store with all the travel opportunities and photography subjects Europe has to offer. Paris obviously abounds with photography subjects; from the bounty of ancient to modern architectural gems to the ample street photography opportunities, this city is a photographer’s dream. On this particular night I was on a mission to get a keeper shot of the Eiffel Tower at night. Years earlier I had spent a few days in Paris but my photography skills were not nearly as developed. As a result, after gallivanting around the city all night with a film camera and shooting all the postcard sites without a tripod, I was greatly anticipating my award-winning photos once I got them developed back in the States. Much to my chagrin, however, the majority of my night photos were underexposed. In fact, I did not have a good Eiffel Tower at night shot in the whole bunch! That day I made a promise to myself that if I ever returned to Paris I would know what I was doing with a camera and get that shot. Little did I know that I would not get another opportunity for another thirteen years.

Fast-forward thirteen years to a cloudless, balmy, night in the City of Light. I took the Metro to Trocadero, strolled around the grounds, and then spotted a viewing deck in the distance. Amidst the throngs of tourists and amorous Parisians, I had the good fortune to find an open space on the ledge of the deck directly across from the tower. I used a gorilla pod to steady my Nikon SLR and 24-120 lens, closed down my aperture, and used a slow shutter speed. The result was this frame with the magnificent, golden tower in the distance and the milky fountains bathed in blue in the foreground. It took thirteen years, but it was so worth it. 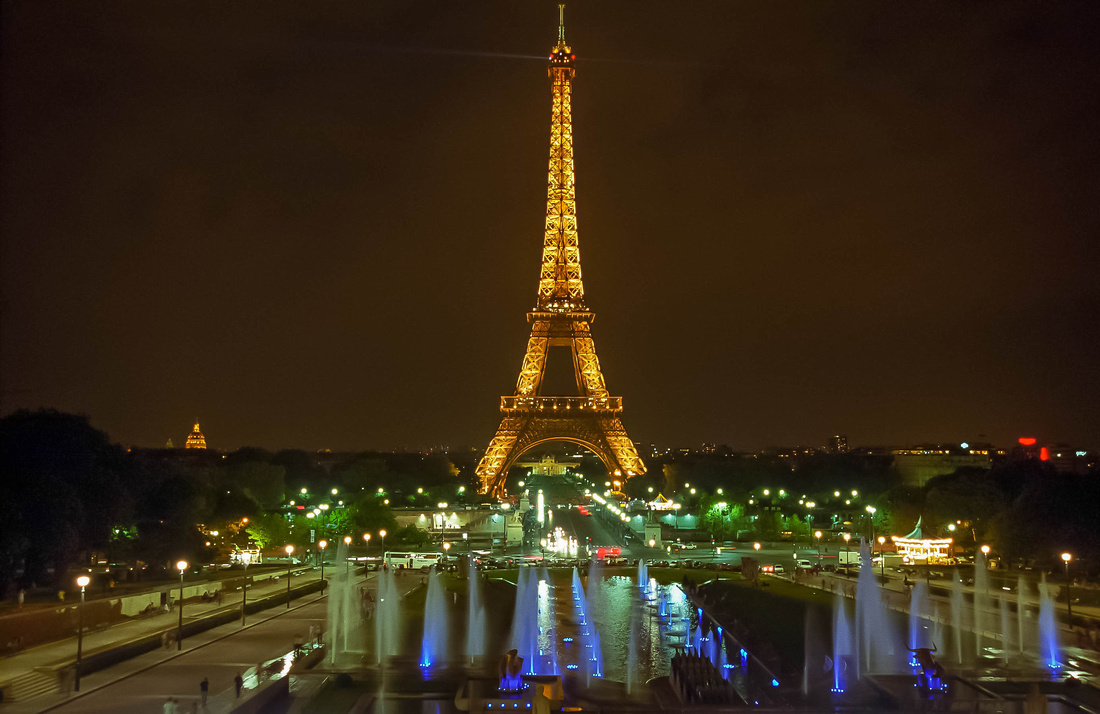