Santa Fe is a wonderful city for photographers. The quality of the light and thin air at elevation produce deep, saturated colors of landscapes and architecture. The city is know for its distinctive photogenic pueblo and Spanish architecture; some of the other highlights include the Cathedral Basilica of Saint Francis of Assisi, the Palace of the Governors, and the Loreto Chapel. The city was founded by Spanish colonists in 1610 and is the oldest state capital in the United States and the oldest city in New Mexico. While attending a three-day photography workshop there sponsored by Great Escape Publishing, one of our daily assignments was to explore the city and shoot photos for portfolio critiques. I captured this shot of the San Miguel Mission Church during the golden hour. The church is s Spanish colonial mission style church built between 1610 and 1626, and is claimed to be the oldest church in the United States. It was damaged during the Pueblo Revolt of 1680 and rebuilt in 1710 following the Spanish reconquest, serving afterwards as a chapel for Spanish soldiers. The wooden reredos, or altarpieces were added in 1798 and includes a wooden statue of St. Michael dating to 1709. Even though the church has been rebuilt numerous times, the original adobe walls are largely intact.

What I like about this shot is the luminous quality of the adobe walls, the wispy clouds, and the shadow of a tree on the right wall. The camera settings are as as follows: 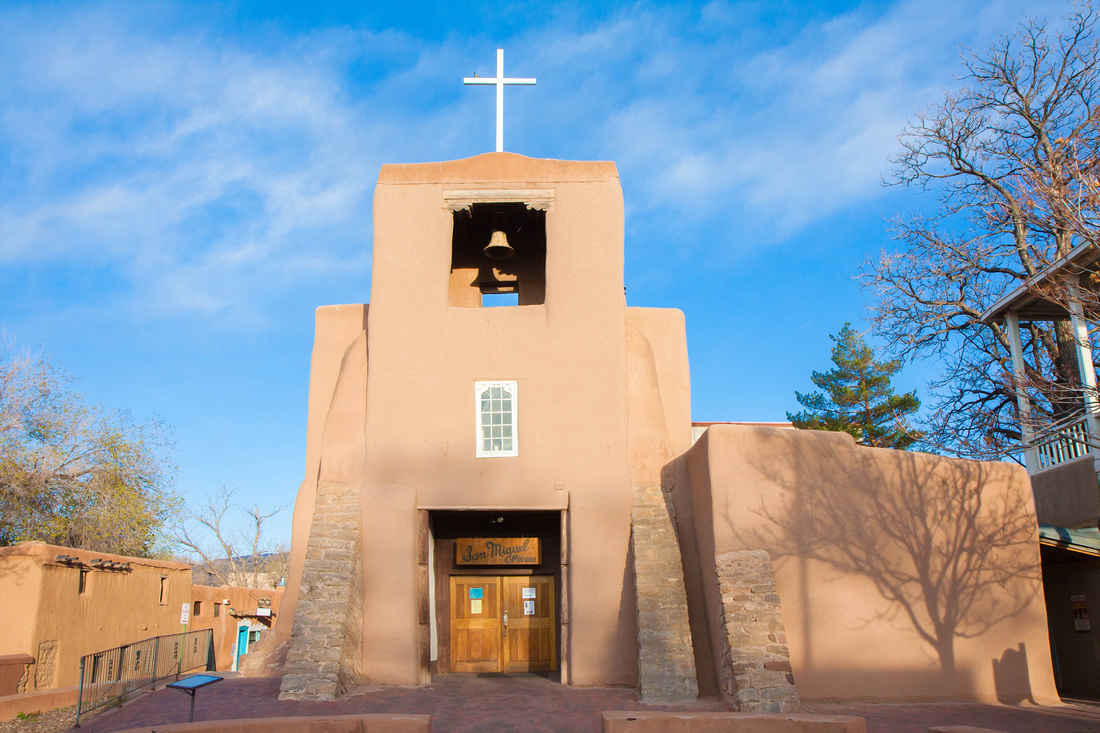