While visiting Peru, my home base before hiking the Inca Trail was the ancient Incan capital of Cuzco. This ancient city stands at 11,200 feet high in the Andes mountains, and was the capital of the Inca empire before being conquered by the Spanish in 1537. The main area of the city is the Plaza de Armas, which is dominated by the Cathedral of Santo Domingo. This beautiful Gothic-Rennaisance style cathedral was built in 1654, and is a prime example of churches built during the Spanish conquest of South America. Most of the stones from the cathedral were taken from Saqsaywaman, an Inca holy and defensive structure located on the hills above Cusco. The cathedral has become a major repository of Cusco's colonial art, and holds many archaeological artifacts and relics. The cathedral was designated a UNESCO World Heritage Site under the City of Cuzco listing in 1983. 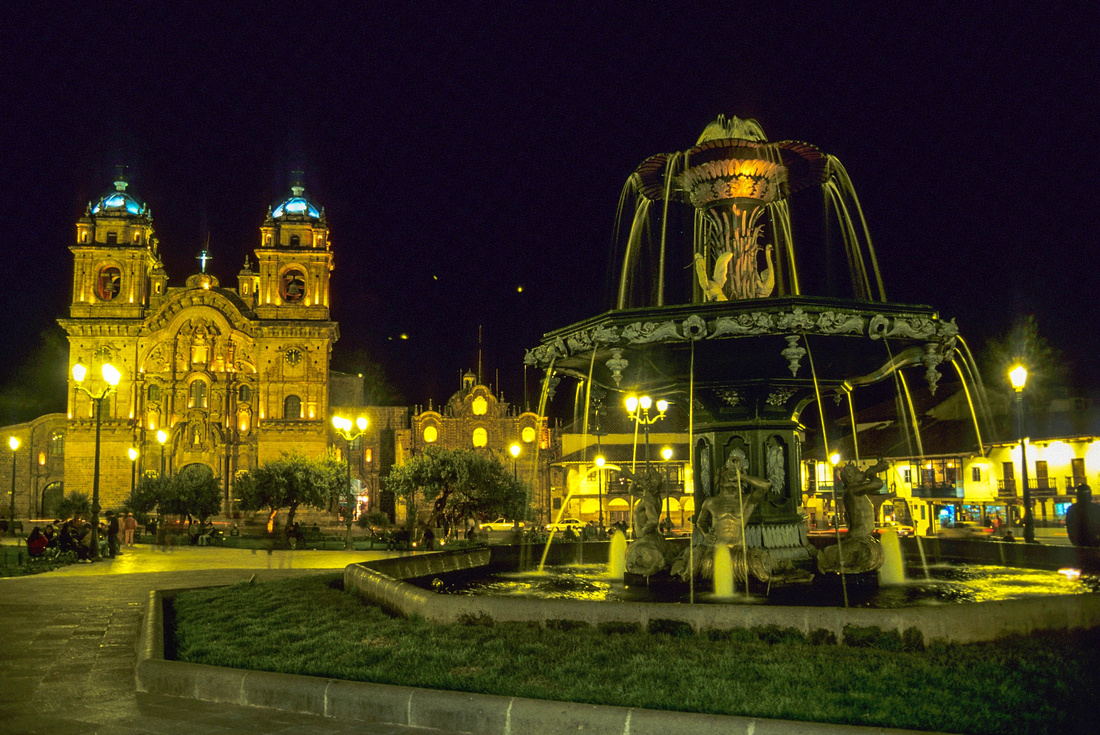